Suzuki has just opened doors for a 3rd CBU bike in a street fighter  segment this year by Suzuki ,paying homage to its timeless style here is the Suzuki Katana.

Starting with some external eye catching features like the vertically stacked LED headlights or retro rectangular shaped LED that heighten the katana’s ,the taillights are again uniquely designed LED that add to the stealthy look , 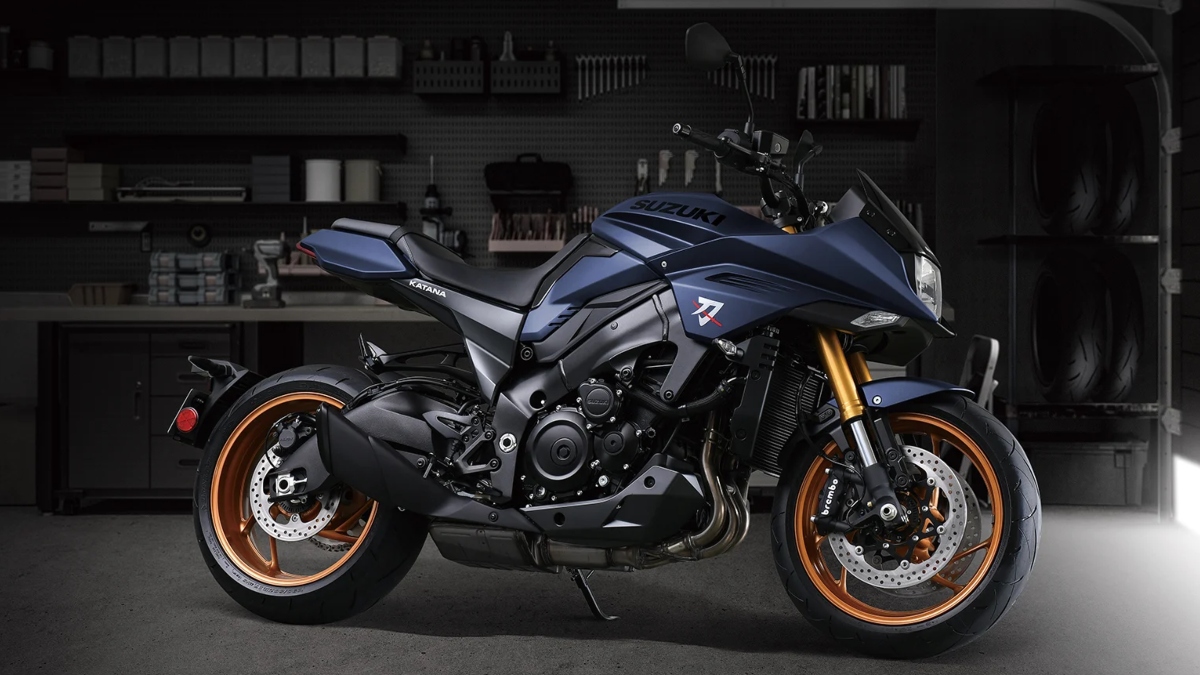 ‘Katana’ literally translates to a very well forged Samurai sword ,the word truly befits the bike as it matches its blade like aspects along side it hoards a powerful 999cc inline-4 derived from its from the K5 Suzuki GSX-S1000 of course with modern tweaks and updates from the camshafts, a new larger air box for better airflow making around Suzuki katana push 151-153PS(Bhp) roughly ,the rear section of the katana feels more rugged and a well cocooned wheel within those sporty boomerang like swingarms. 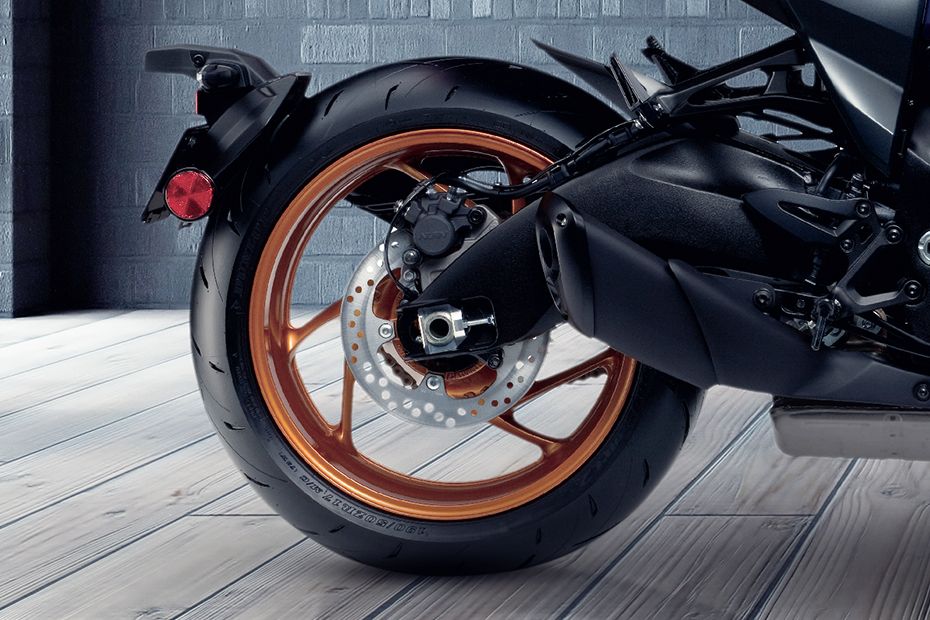 Based on the twin-spar aluminum alloy frame, the Suzuki Katana uses a 43mm KYB inverted forks up front and a mono shock rear suspension.

Which is a fully adjustable front fork and a mono shock adjustable for preload and rebound damping, both supplied by Kayaba with Twin radially mounted Brembo calipers clamp down on 310mm discs at the front add to the handling department.

User interaction with the bike is over a LCD display – more basic than the TFT units we see on most modern machines, given with Ride by wire Electronic Throttle system along side a bi-directional quick shifter which uses an updated SIRS or suzuki intellegent ride system that understands your riding methods and improves accordingly & mainly to assist stop & go traffic or cause engine stalls in slow moving conditions. The suzuki intellegnet ride system or SIRS controls the interaction between the suzuki drive mode selector (SDMS) and suzuki traction control system (STCS) 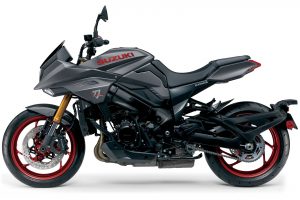 However being the 3rd CBU(complete built unit) bike offered right in between Suzuki 650V storm and the Hayabusa it’s falls at a hefty price of 13.6Lacs with all the above features the katana surely is a samurai of performance and comfort , 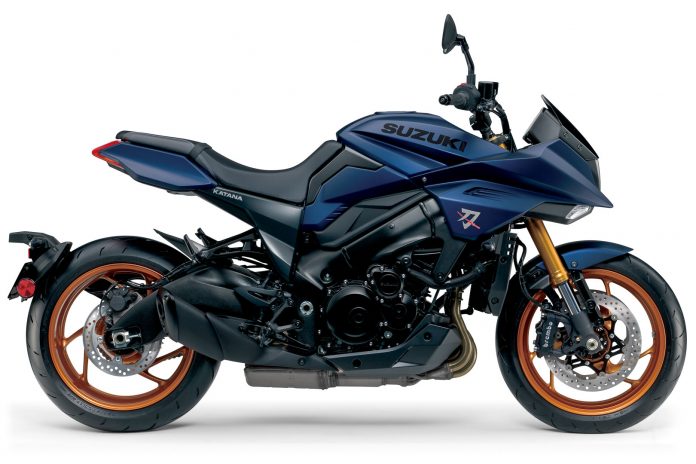 Katana with the choice of two paint options, Metallic Matt Stellar Blue and Metallic Mystic Silver, both priced the same, with the litre class semi faring streetfighter to be soon available in India it does have some competition from BMW inline-2 F 900 XR or a sport faring inline-4 1000sx from Kawasaki, at least in terms of pricing of course, they seem to fall in nearly the same price range.

https://www.suzukimotorcycle.co.in/brochure/Katana-Brochure.pdf ::::::::::with this link you can know more about the katana with spec sheet offered by Suzuki Motorcycle India pvt ltd.